Warning: Declaration of ET_Theme_Builder_Woocommerce_Product_Variable_Placeholder::get_available_variations() should be compatible with WC_Product_Variable::get_available_variations($return = 'array') in /home/customer/www/jamminislandbbq.com/public_html/wp-content/themes/Divi/includes/builder/frontend-builder/theme-builder/WoocommerceProductVariablePlaceholder.php on line 8
 About Us | Jammin Island BBQ

Jammin’ Island notably brought Washington DC sports concessions to the next level by offering select West Indian and Latino Cuisine to ballpark patrons. Their trademark Jammin’ Jerk Sauce which is used to marinate their signature jerk chicken, pork ribs and burgers has become fans favorite. THE SECRET IS IN THE SAUCE! 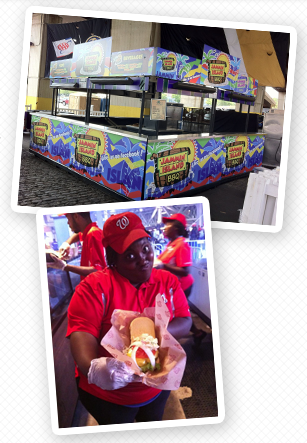 Facts about the Company

Antillian Trading Company started in 1993 in Costa Rica. The company’s first venture was entertaining visiting hotel patrons and local residents who had limited or no organized activities within the beach area. “Spike” parties were arranged to engage them in fun and amusement. These parties were based on organized beach volleyball matches accompanied with sales of delicious BBQ Food and beverages. This concept was an instant success and the efforts attracted the attention of local hoteliers who commissioned more “Spike” parties for their respective patrons. US operations were initiated in 1994 by securing various catering contracts for Chris Blackwell’s Island Trading Company in Miami, Florida.  In 2009, it started vending island food selections at the DC United stadium, and eventually taken some other sports arena opportunities until 2018.

The Jammin Island BBQ name was born out of marriage of two “island-centric” individuals, husband-wife team David and Sheilah James. Upon securing a vending contract at the Washington Nationals Baseball Park (2011-2018 seasons), the couple had to devise a name which will bring them back to memories, colors, moods, roots, culinary experiences and happiness. It is a combination of island flavors with a palatable twist!  Jammin…vibing…bringing you the taste of the islands!

After their successful ventures at the sports arenas, Jammin Island BBQ migrated to a Food Truck operation. With positive reception from customers for the last three years, the team had to come up with an idea of serving their food not only to the corporate setting but also to people at their homes. Thus, they expanded to catering services and prepared hot and chilled meals delivered to your door.

David was born in Hamilton, Canada of Jamaican heritage. He was a graduate of Florida Atlantic University with a degree in International Business. David has an extensive F&B background garnered from various entrepreneurial endeavors. He has worked with several diverse establishments such as Houston’s, Benihana’s, Ortanique, Piola, Club Med, Sodexo and Levy Restaurants. In addition, he has been instrumental for the successful opening and managing of the Lexus President’s Club during the 2008 Inaugural Season at the Washington National’s Ballpark.

Chef Sheilah was born in Southern Leyte, Philippines. She graduated with a Bachelor of Science in Hotel and Restaurant Management at Leyte Normal University in Tacloban City, Philippines. At an early age, she was mentored by her mother to cook and sell food to family, friends, and locals. She taught Culinary Arts for 10 years at the College of Maasin, located in her home province before immigrating to the US in 2009. Sheilah’s experience with the Ritz-Carlton Hotel in Pentagon City has most influenced her cooking style and techniques. Due to her family and cultural influences, educational background, and varied work experiences, she was able to create Jammin Island BBQ”s trademark sauces and signature dishes.